Why? Why should you buy a Corn Snake?

You could say that Corn Snakes are the most popular species of snake that are ideal as pets. Their huge demand is due to their tameness, their colourful appearance, the fact that they are easy to keep, their price and that they are simply not the most common pet.

There are some species of snake I know that have to be fed with special poles, the keepers wearing tight mint-coloured gloves. These snakes (including the likes of the Green Tree Python), can never be handled. This is certainly not the case with Corn Snakes. They appreciate regular handling and exercise and enjoy being fed by hand. Importantly, Corn Snakes are not venomous. If a Corn Snake does happen to bite you, there is no need to worry. The fangs are so thin and sharp that you hardly feel anything. Our local pet shop keeper reassured us that being bitten by a rodent e.g. a hamster is one hundred times worse than being bitten by a Corn Snake.

I personally have been keeping Corn Snakes for four years and have never been bitten. If your snake really understands that you are safe and definitely not a threat to it in any way, then it shouldn’t bite you. A Corn Snake would only bite its owner if it felt threatened or agitated in some way. If a Corn Snake did happen to bite its owner however, he or she must not pull away. If he or she does, they will snap the snake’s teeth. 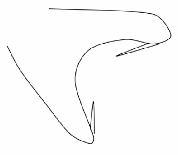 Pulling away will snap the snake’s teeth. If the snake is constantly attached to the owner’s wrist or arm, the owner should walk to the sink and run some cold water gently over the snake’s head. This would make the snake release its grip.

But I just want to repeat – I have never been bitten before! Corn Snakes rarely bite their owners. Once they have gained trust in them, the snakes will happily accept their new owners. Through my experience, I have found that by gently whispering ‘shhhhh, shhhhh’ repeatedly makes the snake relaxed. Even talking gently to my snakes made them feel relaxed and calm. My snakes gained a huge amount of trust in me. Trust between you and your snake is essential for a strong bond.

You have probably previously realised the beauty of Corn Snakes. Corn Snakes are undoubtedly attractive with their bright colours. An exciting thing about Corn Snakes is that they come in all different patterns – Corn Snake boffins call these ‘morphs’. There are many different types of morphs available. More new morphs are always being introduced as separate morphs are often bread together. Some of these morphs have really funny names because so many different morphs have been bred together to make that one! For example, a morph I am fond of is not one of Corn Snakes, but based on Royal Pythons, named the Coral Glow (Banana) Hidden Gene Woma! There are also some nice morphs of Corns which include the Creamsickle and the CandyCane. You certainly won’t have trouble selecting one of the many Corn Snakes out there. In your local pet store, however, only expect a limited range of morphs including Natural, Amelanistic and perhaps forms of Motley. You may wish to browse the Internet for prices and morphs that appeal to you most.

And that brings us to cost. Perhaps one of the biggest reasons as to why C 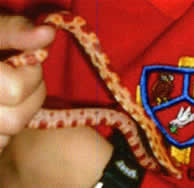 My second Corn Snake was what may be known as a teenager in the snake world! He was about a year and a half old and almost fully grown. He cost around £50 and he was a form of Motley. When acquiring a Corn Snake, bear in mind that not only are you paying for the snake, but with that snake you are going to be paying for various other essential equipment. And not only are you also paying for the equipment, you are paying for the electricity to work the equipment. (Basic requirements are explained in the next section.) And you are paying for medical treatment if ever necessary. You also need to think about whether or not you might plan on going on holiday abroad. How can your snake be taken care of? When this problem occurred, my dad would give my Corn Snake to the pet shop to be cared for. If you are only going away for a little while, say 2-4 days, your Corn Snake will probably only need a large drinking bowl (I had a small one with a tank that helped it constantly refill itself) and perhaps a meal before you leave. It is essential that you verify all of this information with your shopkeeper before taking any action, however.

It is important that you think about how serious you are going to take this responsibility. Don’t let the costs put you off purchasing a Corn Snake if you know you have the money and you are extremely enthusiastic. In my mind, you can’t put a price on the responsibility of keeping a Corn Snake.

And yes, Corn Snakes are easy to keep. There are complications such as possible veterinary requirements, but keeping a Corn Snake is almost a routine. Feed every two weeks. (Times vary depending on size). Handle every two days. Clean vivarium (the tank), every six weeks and change water every day. In some ways, keeping a Corn Snake is very simple. At first I thought it was ridiculously hard. (I was only nine and things seem a big deal at that age!) But as I grew older, I found that it wasn’t so bad. For me, the hardest part was cleaning out the vivarium (which I will come to later on).

It is rewarding that 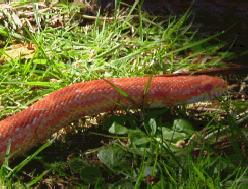 your Corn Snake is unusual. Far more people keep rabbits, cats or dogs as pets than they do Corn Snakes. However, according to one site, in the top ten most popular pets list of 2008, snakes ranked number seven with an estimated 0.2 million in the UK, which seems rather a lot for such an unusual pet. They may be in the top ten, but are unlikely to ever be classed as ‘common’. It is also nice that having a Corn Snake certainly impresses your friends, but this should not be your primary reason for purchasing one. There have been times when I’ve had my mates round and they’ve been much more interested in handling my Corn Snake than chatting to me! It is nice when there are those awkward moments where nobody says anything and you can just suggest; ‘would you like to hold my Corn Snake?’ There is something calming about handling Corn Snakes, perhaps the way they grip onto you as if for protection.

So that’s why Corn Snakes make great pets. On buying a Corn Snake, you may want to consider other things like your budget or if the Corns in your local shop look healthy. (One way you can spot an unhealthy Corn Snake is if its skin is a lot lower than its backbone). You may wish to try many different places to find the snake that you’re looking for or even visit secure websites and have your pets safely shipped to you.