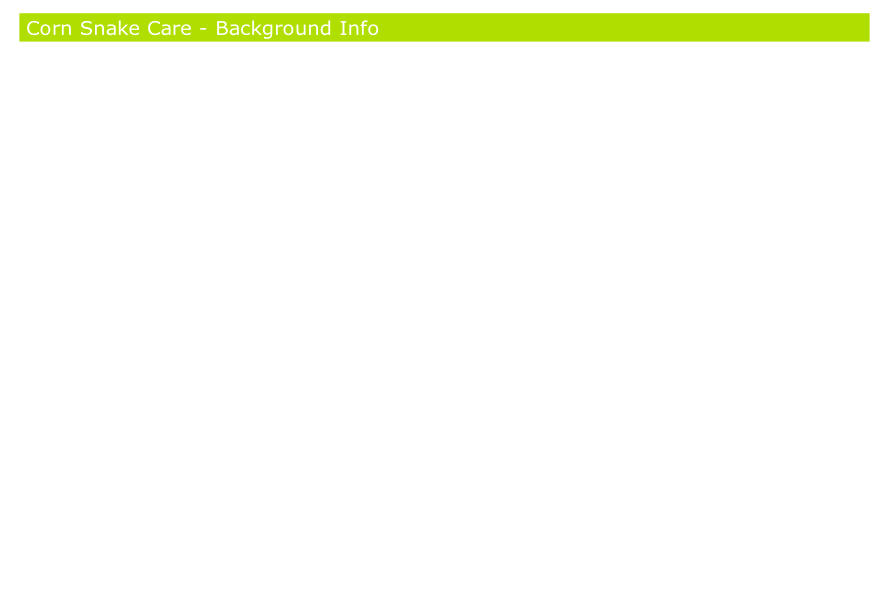 Corn Snakes are actually a species of Rat Snake, which is why Corn Snakes are often known as the Red Rat Snakes. They originate from North America where they are often found in woods and forest edges/clearings.

There are several versions to the story of how Corn Snakes got their name. A popular belief is that at one point in time, farmers had a huge amount of rats destroying their corn fields. Fortunately though, wherever there were rats, there were Corn Snakes as rats are their ideal prey. Because of this, Corn Snakes were often spotted in corn fields, eating the pesky rodents, and their name was given due to this. The official Oxford English Dictionary claims that Corn Snakes have had this name for as far back as 1676.

Another theory is that the name Corn Snake was given due to the chequered patterns on their bellies which looked like Indian corn or maize. 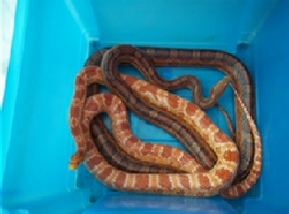 Another reason why Corn Snakes were often found in corn fields is because the fields were very beneficial for camouflage.

Corn Snakes are mostly seen on the ground, but can be keen climbers when it comes to searching-out prey which can be rats, mice, chipmunks, moles and rabbits. In desperate conditions, Corn Snakes can even be found to eat lizards! Corn Snakes are often found in barn lofts and attics searching for prey.

Corn Snakes are sort-of nocturnal. (They’re actually crepuscular, which means they can be active at dawn and at dusk). This is unfortunate because they can often be found travelling across roads in the wild at dusk and they often get run-over by cars.

Corn Snakes don’t see like us, they can only see heat given off from other animals.